I wonder if the Christianity site on Stack Exchange is visible to internet users in China, particularly through Baidu, the most common search engine in that country.

TL;DR: Christianity.SE is basically not accessible in Baidu because Baidu is a Chinese-language search engine. It's accessible using Bing in China. Google is blocked in China.

Hi from Beijing. I'll comment on my search results from within China; I have no VPN or the like.

Basically, no. For the same reason, Stack Exchange as a whole is not seen on Baidu: Baidu is a Chinese-language search engine.

English sites in general are difficult to discover using Baidu. If we 百度一下 ("Baidu it") say christianity stackexchange, the site comes up as the first hit, but only one link. It's the same for say stack overflow, and chinese stack exchange gives nothing. 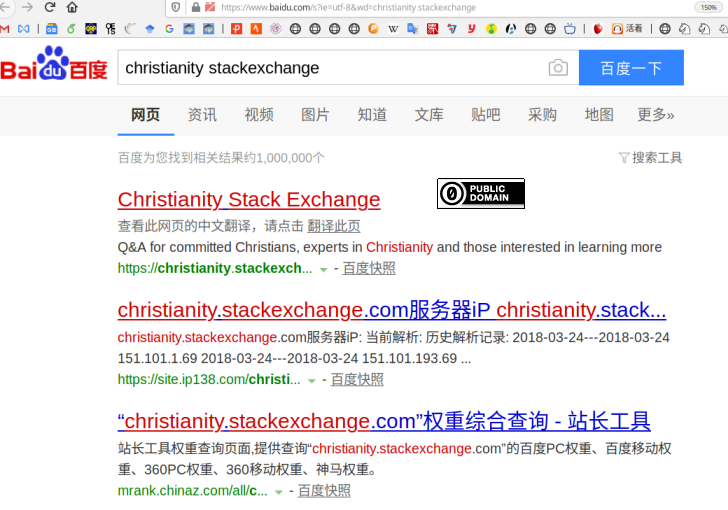 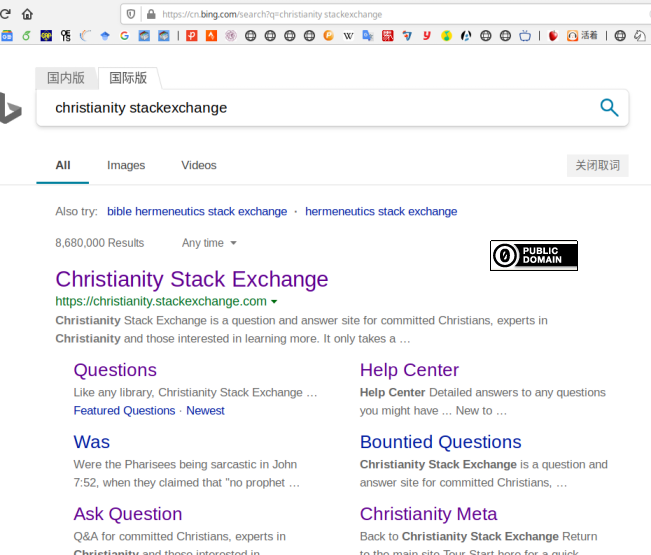 Google is blocked in China, so not many Chinese people use it. Some people use VPNs to get around the block, and they tend to be tech savvy (which probably describes many users of Christianity.SE), but I expect the VPN would result in the traffic not looking like it comes from China.

Imgur is also blocked in China, which significantly reduces functionality. And CAPTCHA (part of Google) is blocked here too, which again makes things hard.

Side note: I note that Christianity.SE (along with bible.com, and many other Christian sites) is blocked in Iran, unlike say Islam.SE. It redirects to a special government page which has links to more Iran-government-preferred sites. [This was correct all three times I've been to Iran.]

Looking at the analytics (which is available to mods and 25K+ users), it doesn't look like Baidu makes the list of the top reported referrers. That doesn't tell you a ton, but it would seem that we're either blocked or just unpopular.