Can we please do anything to vary the people and the backgrounds on this site? Here is a screen capture of the users. As you see, the vast majority of activity comes from only a few OP’s. This leads almost invariably to bias in what is kept, what is flagged, what is voted for. Also, as a woman, I find it unspeakably frustrating when I come to an SE and nearly everyone has an obviously male name. It makes me feel like I’m not being understood, or just being downvoted for coming from a different perspective. I know you have no control over who does or doesn’t take the time to sign up, but maybe consider being a little softer on newcomers or at least explaining downvotes when they are given so they don’t feel like a personal attack, that would go a long way to helping outsiders feel welcomed here. This is supposed to be a Christian community and while I appreciate the SE’s strength of avoiding a lot of pointless chatter, at some point, if the rules are kept too strictly, it begins to feel like an outlet for intellectualism and not a place to serve Christ, which it should be, if it is called Christianity. Also, because an expertise is encouraged, and not all denominations view college education as equally relevant, this frequently dissolves into a Catholic - or other mainstream denomination- forum. This is nobody’s fault, but there are plenty of questions out there that don’t need to fall into any particular subset of Christianity. One cannot ask a question that can be answered with simple reasoning or scripture examples and then complain that the answer is not relevant to the denomination they requested. !picture: This is a huge jump in points and an extremely homogeneous group.if at possible, this should not be such a striking unevenness. (https://i.stack.imgur.com/Szdp4.jpg)

I see my name appears on that list and it's one of those names that is often thought to be masculine. However, there is a feminine spelling of the name (a town in Scotland) so at least people in Scotland know I'm a gal, and not a guy! I don't believe there is an issue with gender on Christianity Stack and it's worth remembering lots of people use an avatar that doesn't give anything away.

I believe a reason should always be given by those people who down-vote a question or an answer. If people vote to have the question closed you can at least see who they are and why they think the question doesn't abide by the rules.

It took me a while to understand why Christianity Stack is different to other sites, but it's worth persevering. I've learned a lot from material posted by others. The main thing to remember is that personal opinions don't count for much, and that's why evidence or sources are sought. But you don't have to have a university degree or letters after you name in order to participate! And sometimes, depending on how a question is asked, it is perfectly permissible to quote Bible verses to back up your answer.

As for specifying a denomination or a particular group, i.e., Catholics, Eastern Orthodox, Protestant, etc., the aim is to encourage answers that explain the theological views of that denomination or group. It helps to avoid others from attacking that group or trying to show how/why they are wrong.

Although one might be forgiven for thinking there is a preponderance of questions/answers about one or another mainstream denomination, it has been my observation that there is a lot of religious diversity on Christianity Stack. You just need to keep looking!

One positive to emerge from the control about what can/can't be asked here, is that the site is not toxic, and troublemakers get short shrift.

Bottom line is Christianity Stack seems to be more about quality than quantity. 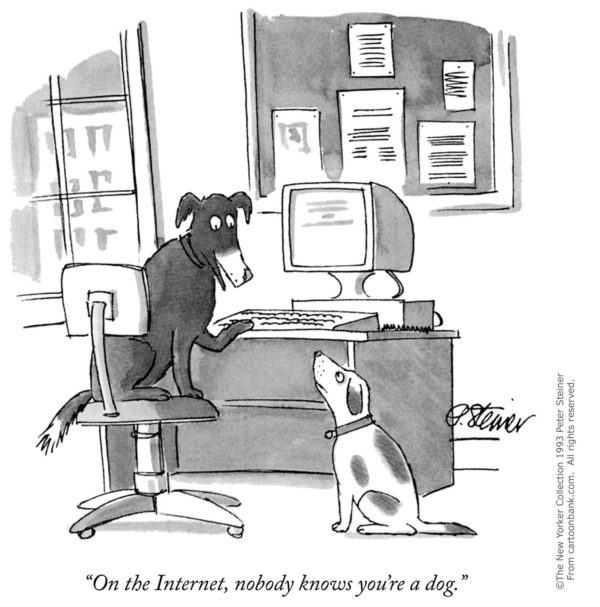 The series of accusations and assumptions offered in your wall-of-text rant seems to overlook a core issue regarding internet-based discourse: we really don't know who is behind a given name unless that person puts amplifying information into their profile.

I could be one of those nine million monkeys who recreate Shakespeare by pounding randomly on a keyboard, and who had an epiphany. (But don't take that bet to Vegas).

PS: I empathize with one of your other meta questions, on how certain askers throw in "catholicism" tags just to have a denomination tag. As a Catholic, I find that almost offensive, and very dishonest, but I also realize that it is "internet gamesmanship." I can, if it really bugs me, edit the tag out of the question.

PPS: I've dropped by your blog. All I can say is "keep doing what you're doing!" Getting the Good Word out comes in a lot of forms.

Not the answer you're looking for? Browse other questions tagged feature-request .

100
Brothers, we are not Christians‼