Cf. This question: When did “he descended into hell” become part of the Apostles' Creed? Nathaniel's answer and my answer and the commens below each and the my chat with Nathaniel.

It appears that while he challenged the support for my answer, it now turns out from my answer that Philip Schaff, whom his answer refers to as a Church Church historian, is discredited or at least Nathaniel's answer drawing from Mr. Schaff has no basis. The reason is, as presented, by Nathaniel, both say Rufinus' (Alquileja's) version in AD 390 has DESCENDIT in INFERNA, while his answer fails to mention Rufinas' Commentary on the Apostles' Creed - the first ever by a Christian writer [Cf. Catholicism.org > Articles > The Apostles Creed by Brian Kelly July 9, 2015] - which says that the Apostles' Creed is from the Apostles and that the Apostles composed it on Pentecost Sunday.

I see a few issues here:

While he providing an answer and supporting it as he does meets the site criteria, it now appears either he or his source were not thorough.

1) What does the community suggest we do to his answer?

2) What might be some site improvements to prevent such a misleading answer in the future?

3) Of course I do not know what were Nathaniel's motives, but I now view the Q & self A in a different light, as if it was meant to present and advance a particular view.

Nathaniel has provided a skewed view of Historian Schaff's work 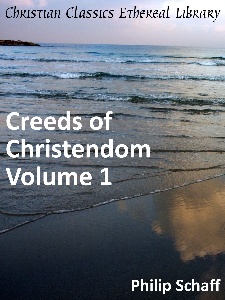 The Apostles' Creed, or Symbolum Apostolicum, is, as to its form, not the production of the apostles, as was formerly believed, but an admirable popular summary of the apostolic teaching, and in full harmony with the spirit and even the letter of the New Testament.

It appears Nathaniel in his answer left out two pertinent points and at least one is mentioned in his source:

1) That Rufinas was the first ever Christian writer to make a commentary on the Apostles' Creed, in that commentary his version has DESCENDIT in INFERNA and that he says the Apostles' themselves composed the Creed. While the historicity of his account has been descredited, St. Ambrose speaks of the "Creed of the Apostles, which the Roman Church has always kept and preserved undefiled" and that it "was pieced together by twelve separate workmen". Thus while Rufinas story of how or when the piecing together has been dicredited, that part that the twelve Apostles all contributed to it agrees with St. Ambrose who has not been dicredited.

2) That the "the production of the apostles, as was formerly believed, but an admirable popular summary of the apostolic teaching, and in full harmony with the spirit and even the letter of the New Testament."

Thus Nathaniel's answer gives the false impression that there existed an Apostles' Creed without the words of interest and that this words were later inserted into the Creed at a aprticular time in history.

I will be honest here and say what is at play here is what I could term a "protestant menatlity" vs. a Catholic [universal] one, i.e., the pick and choose vs. considering the whole which is clearly in harmony.

1) A comment on the answer indicating why you think it's incorrect is the usual thing to do, and you've already done that.

Posting another answer elaborating on what you think is the correct answer is another useful step, and you've done that, too.

2) I don't see that any site improvements are needed. Your answer is only a few hours old, over time it should accumulate some votes if people think it's valid and the other answer should get downvotes. (I'm afraid your style of answer may slow this down, it's a bit of a wall of text, and the formatting makes it harder to understand what your main point is.)

The most relevant Meta.SE Q&A about incorrect answers is here.

it now appears either he or his source were not thorough

I disagree. The source was only making claims about the earliest extant manuscripts of the creed. Rufinus claims that the creed as he quotes it (descendit and all) goes back to the apostles, but what else would you expect? Would you really expect a church father to say of an ancient creed, "By the way, I changed a few things. I like it better this way, don't you?" I'm not at all surprised that Rufinus claims that his manuscript is not the first to include the phrase.

What does the community suggest we do to his answer?

Downvote it if you believe it's misleading. Edit it if you think a simple change would make it no longer misleading.

I would suggest maybe a footnote saying that Rufinus wrote a commentary on the creed saying that the creed in its entirety goes back to the apostles on Pentecost. But ultimately it's Nathaniel's answer, and he gets the final say, whether to his benefit or detriment.

What might be some site improvements to prevent such a misleading answer in the future?

Even if I agreed it's a bad answer, I'd still see no reason for site-wide reform. Let the system run its course. As Ward said, leaving a comment plus an alternate answer should give the community enough to go on. There's nothing wrong with posting here on Meta either, but hold your horses on talking about changing the entire site just for one answer. Answers are wrong all the time, and the system takes care of it.

Of course I do not know what were Nathaniel's motives, but I now view the Q & self A in a different light, as if it was meant to present and advance a particular view.

If the particular view is correct then I see no problem. If it's propaganda, then it's a potential abuse of the system, but that's clearly not the case here. Clear to me, at least. If it's simply an incorrect view, then I'd repeat that a comment, an alternate answer, and a Meta post are more than adequate for the community to do the appropriate voting.

The Overflow Blog
Featured on Meta

-4
Is there someone targeting my posts? What does the community suggest?

4
How could this question possibly be narrowed down more?
1
In what way was my question about some Catholics and labels too broad and how could it be fixed?
3
Observations from a new user! (Closing questions and welcoming new members to the community)
5
Declined flag on the first document case of praying to dead saints question
4
Close votes were removed by deleting duplicate question
8
What should be done with the reopened theodicy question?
0
How to balance open-ended vs closed-ended nature of questions?