I'd like to see Bible quotes have a style of their own. They're very centric to the site, but we have a lot of other quotes, too. It would be great to be visually able to distinguish them.

A possible implementation would be to have a "hint" not unlike the syntax highlighting language hints used on SO. Something like

...and this would apply a CSS class that changes the background color of the blockquote. 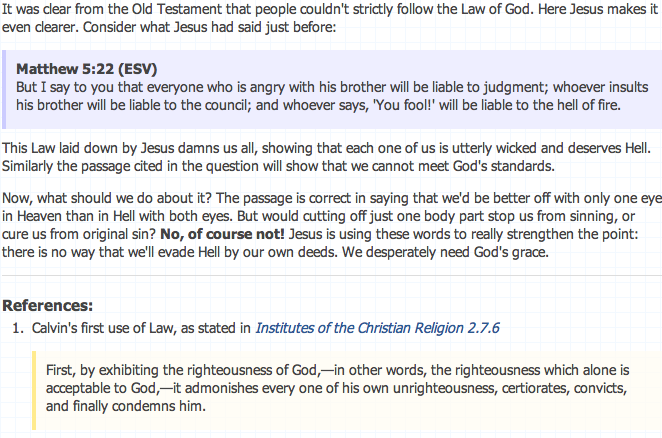 42
Add Markdown and/or OneBox support for BibleGateway
5
How should Bible quotes be formatted?
14
Userscript for generating Markdown from Biblegateway.com
5
Auto-linking of Bible verses
4
Can a question ask for Biblical basis without specifying a Bible or type of Bible?