t in question titles and other larger fonts is too short

The lower case t in question titles and other places where the font is larger than body seems to be poorly formed. It's a bit too short, typically the same height as the top of the curve of the lower case e rather than being a touch above it. 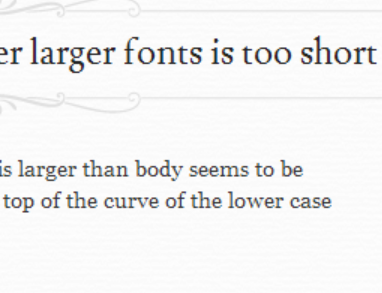 Apparently this isn't universal as Caleb (Linux/Xorg/Chrome) doesn't have the same issue. At risk of being recursive here is how his browser renders, which the other screen shot showing for reference: 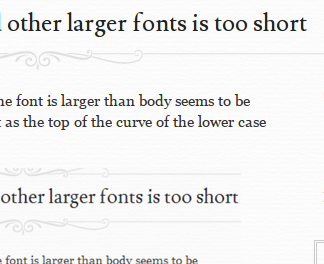 0
Can something be done to these illegible info in the graduated version of the site?

1
Questions duplicated in featured question list
4
Fonts and header
2
Possible bug: on hold item missing from the main question list?
5
What are the up and down vote decorations supposed to be?
4
I can't tell the difference between an accepted and unaccepted answer
2
Deleted question stays in my inbox why?