Can this accomodate original research and speculation separately from academic answers?

@MonikaMichael recently had a lament that I think I actually share. She said something to the effect of "What's happening to this community? Every interesting question is getting shut down."

Still, I find myself agreeing with Monika here about the "interesting questions" getting shut down way too often. My question is, would such a subset of questions need to be a separate site (for which I think the bar would be too great), or is it possible to have a known rule that says "Questions with the 'speculative' tag explicitly are seeking answers that are not necessarily denominationally or historically significant."

I don't think this site is a good fit for speculative questions. The SE format discourages the kind of back-and-forth that is necessary to hone a speculative answer into something that can withstand scrutiny.

This type of question might be good for the blog, especially using the chat debate format, but I don't see them being viable on the main site.

Personally, I think lots of these questions make it through the close filter. In my experience, questions are closed when they have several problems. Some of these problems can be fixed by editing a few things and others require a heroic effort. Closings questions should signal readers to identify the problems and either fix them or move on. Perhaps it would be best to think of such questions as Under Construction: 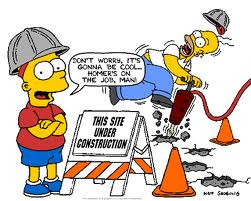 Let's take a look at the question that Monika commented on:

Would the bible draw parallels between the spies returning from Canaan and modern biblical criticism?

The close votes seem to be following this line of reasoning:

This is really calling for speculation. It also isn't really about Christianity.

So the problem is at least two-fold. If I were to edit the question, I'd also fix the capitalization of Bible in the title and maybe the tags as well. I also don't understand what the question is asking. This is particularly a problem since we might have several interpretations of the question which result in wildly different answers. In other words, it's a question with problems. Ideally, we will start fixing them.

On the general question, I don't think that closing "speculative" questions (if that's really what the community is deciding) will prevent us from having interesting questions. It might make certain types of questions more difficult to ask. Take for instance:

Great question: well written, interesting, thought-provoking, and ... not about Christianity. I seriously debated whether to vote-to-close or answer. You can see which I picked. I'm not sure what it's about, honestly, but I want it on our site.

In my opinion, good questions follow all the rules and great questions break just one. Also, they need to be lucky enough to be the right question at the right time:

Luck is what happens when preparation meets opportunity.

(No Oprah didn't originate that and Seneca probably didn't either.) A great question can win the lottery despite violating some rule or another. Not every question can be a home run, but when we do get one we don't want it to be of the Little League variety. These questions stop being fun and interesting when everyone is trying to ask them and few people are able to pull it off.

Not the answer you're looking for? Browse other questions tagged discussion proposal .

7
Does the blog need to be revamped?

5
Personal viewpoints
12
Can we reverse the trend on low quality posts?
22
What makes a good focused question?
0
What exactly is a pastoral advice question?
8
Is it OK if I give away lots of reputation in bounties?
0
Do you feel your question standards are ok as is?